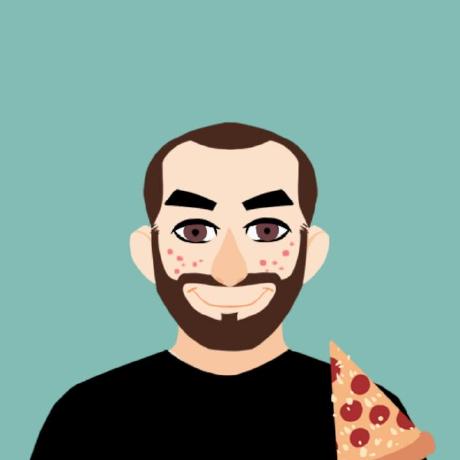 I am an Electronics Engineer that works with robotic systems, OSS and OSH.

Finally, after working since October and learning a bunch about WebAssembly, CSS, HTML (sad, right ?) and emscripten, I can happily announce a stable version of qmlonline! In this post, I'm going to show the idea behind the project and some code that may help you with your future adventures.

Everything starts with QHot, that I describe as "Hot reload for nested QML files", a useful tool for anyone that likes to prototype UI elements or ideas with a real-time feedback of what you are typing in QML. I noticed that compiling the project or recalling qml/qmlscene tools just to test and check my ideas was pretty annoying and time-consuming, the desire to have something like godbolt or quick-bench started growing. My objective was something that was closer to these tools but for QML development, and that is how QHot was born.

With QHot working, I started to add some small features in the command line interface to have mostly of the functionalities that exist in qml/qmlscene, at least the most important ones for my use.

After some days, the idea of QHot working in the browser via webassembly started to grow, and with that, the initial work that would result in qmlonline.

After some tweaks around QHot, it was possible to have the first version of qmlonline working. The initial version was entirely made with QML, without HTML components, the editor was a TextEdit with a fancy QSyntaxHighlighter. The text inside the TextEdit was used to create a new component with Qt.createQmlObject. 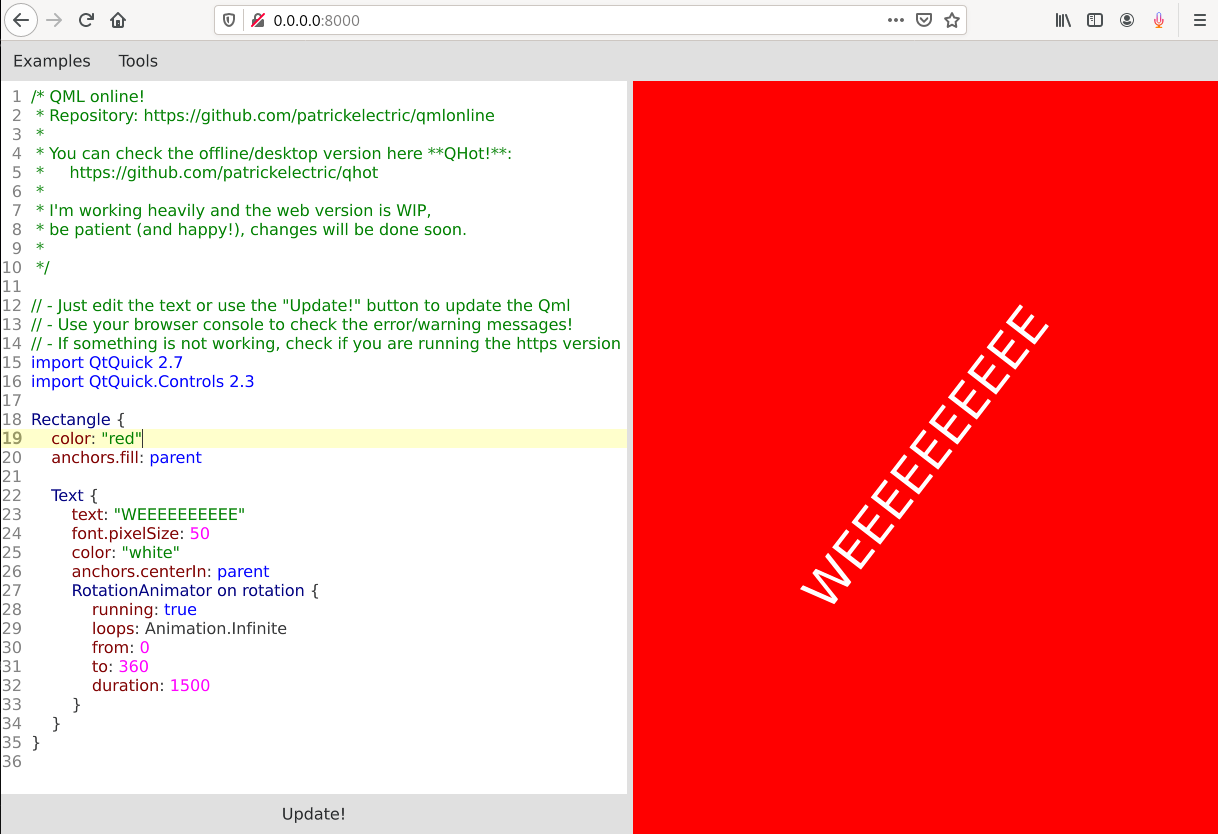 With the initial version working, I started to move the interface to HTML, this was necessary to have a better shortcut handling system and a better integration with the browser for user inputs.

The code evolved from a simple TextEdit with some controls to a full HTML interface, for that, functions had to be imlpemented to help with the webassembly code to be accessible from the webpage.

From the beginning, I had an initial singleton class called Util that was conceived to be some kind of helper class for the QML code. This same class was used to create the interface between the JS and the webassembly via emscripten.

In general, two functions were created, std::string Util::codeEMS() const that returns the code that is being used in the QML to render the user component, and void Util::setCodeEMS(const std::string& code) that sets the code that should be rendered. To access both functions and the class, EMSCRIPTEN_BINDINGS were used.

That's probably the most important piece of code to do the integration between the C++ and JS.

And for the QML, well, you can check all QML here:

Oh, you can check the source code here.

To build the project, I changed my approach a couple of times. For the first test version, I did my development based in the official documents for Qt webassembly. But, compiling Qt for each machine that I use was a bit of a pain, so I started to use a docker available from this Qt blog post. And everything was great until newer versions of Qt and emscript were released, and after some time searching, I found this great repository/developer with a couple of Qt containers for webassembly and different emscript versions.

And after building the project, you can always test it with python3 -m http.server.

As you can see from the gif, the basic functionality is still the same from the original version, that was full QML.

The user experience has improved, the interface is now much smoother compared to the full QML version. Qt webassembly is great, but from my tests, the performance was not good and the browser/system integration needs improvement to have the same functionality as a normal webpage or application.

Again, remember to check qmlonline in your browser :)

If you have good QML examples and wish to add those, contact me via email, or create an issue in the repository, or send a PR, it's really simple.

What I'm working on

There is a couple of things that I'm still working to improve qmlonline:

Any feature request will be much welcome!

Special thanks to Arthur Turrini, everybody in Qt Brasil telegram channel and the KDE members, the project would not be possible without the help and inspiration provided by the developers.